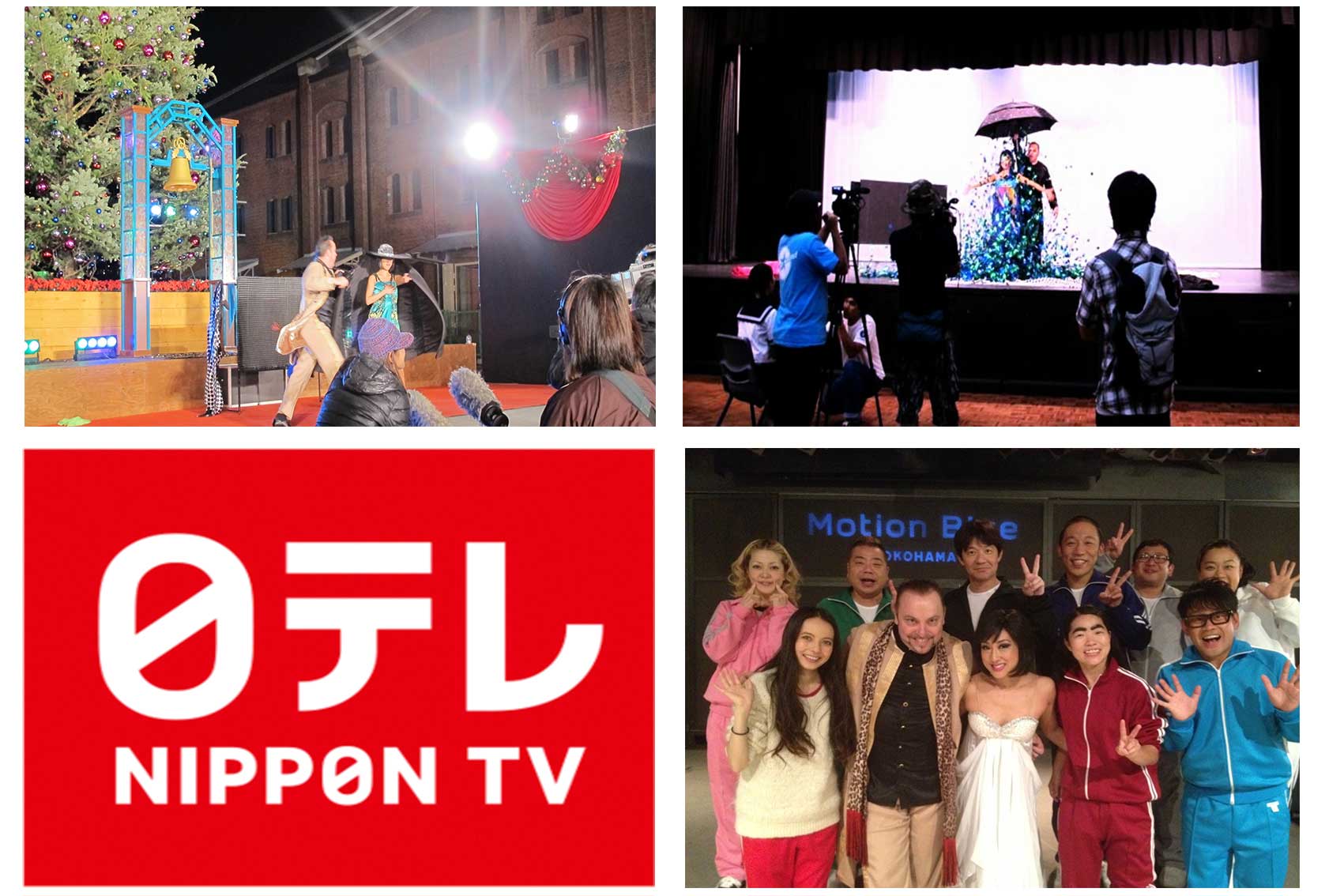 Japan's highest rating variety show 'Sekai no Hate Made ItteQ' landed in Australia this year on their world tour filming of their tv special - showcasing unique destinations and cultures of the world. Hosted by one of Japan's most loved comedians, Ayoto Imoto, this episode showcased what Australia had to offer - with Soul Mystique being the finale highlight. Gavin and Lydia taught Imoto afew moves and choregraphed a comedy quick change routine for Imoto. This episode aired nationwide in Japan with some 14million viewers.

Nippon TV's success of this episode saw producers inviting Soul Mystique back to Tokyo for a reprise filming for the program's end of year christmas episode. Soul Mystique choreographed yet another spectacular routine to for Imoto. This episode fetched a record breaking 17.7million viewers in Japan. Big thank you to Nippon TV for bringing Soul Mystique to Japan!