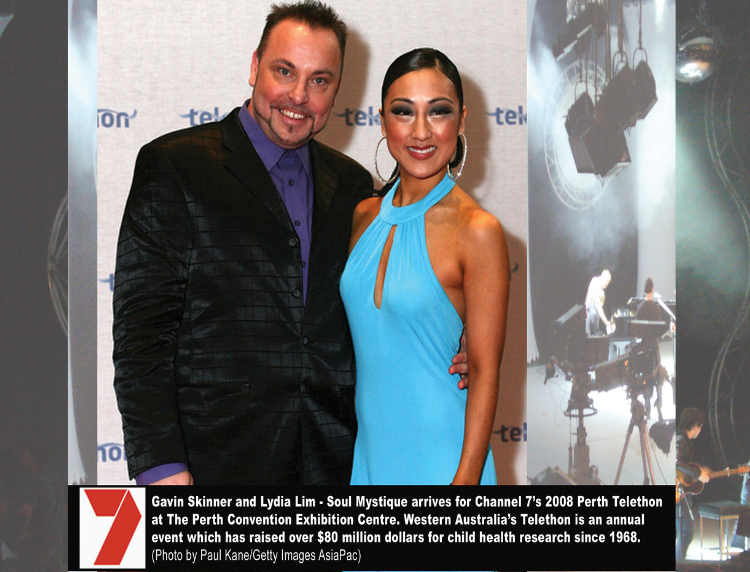 Rolling up their sleeves for charity, Lydia and Gavin are passionate about giving back to the community. Over the years, they have helped raise funds by donating their shows, appearing at Telethons to Gala events internationally. They are Ambassadors of New York based Ballroom Dancing Cancer Foundation and frequent supporters of Ronald MacDonald House, Starlight Foundation, Cure For Life, RSPCA, Alfred Hospital, and Cure Brain Cancer Foundation.

Media archives show a flashback of Soul Mystique's first Telethon WA in 2008. Perth’s Telethon always manages to raise an extraordinarily high amount per capita. On that weekend it, broke the previous year’s record total of $6.5 million to raise $7,535,678.